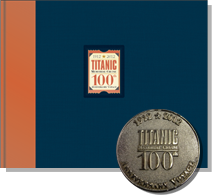 OWN YOUR PART OF HISTORY
A beautiful limited edition boxed book is available from the cruise. This book is full of details of this unique 100th Anniversary cruise and includes the order of service for the memorial service, the lecturers thoughts on this cruises, comments from the captains of both ships and a mini history of this famous ship. This lovely book comes in a matching blue box with an individually numbered Titanic Memorial Cruise coin and a certificate of authenticity signed by both captains and Titanic Memorial Cruise. This box set is limited to just 2012 copies worldwide To order your copy click here
» Contact Us
» Request a Call Back
» Tell a Friend

Our chosen charity is Mission to Seafarers, for more details click here...

Your Money Is Safe With Us

Lecturers appearing on the Titanic Anniversary Cruise so far: 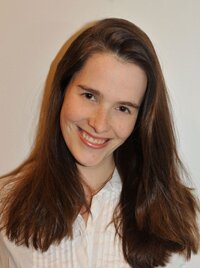 Brigitte Saar from Munich, Germany, is one of the few people in the world who have actually seen the Titanic with their own eyes. She dove 2 1/2 miles down to the wreck site in 1998 with one of the Russian Mir submersibles - the same ones used for the Cameron hit movie "Titanic". She has written her master thesis at Munich University about the discovery of the wreck of the Titanic. In 2005 she was part of yet another expedition to the Titanic wreck site. Brigitte also is vice president of the Swiss Titanic society and works as a reporter for German national television station ZDF

John G. Langley, Q.C. is a retired lawyer and founding Director and Chairman of the Cunard Steamship Society. The Society was incorporated in 1998 under the provisions of the Societies Act of Nova Scotia. Its mandate is to preserve and promulgate the rich history associated with Samuel Cunard and Cunard Line - the steamship company which bears his name. Ronald W. Warwick, first Master of the Queen Mary 2 and Commodore (retired) of the Cunard Line is PATRON of the Society.

Mr. Langley was born in Halifax, Nova Scotia and thus shares a common birthplace with Samuel Cunard, founder of the Cunard Line. He hails from a sea-faring family which includes sea captains and master shipbuilders. A passionate Nova Scotian with an abiding interest in maritime history, Mr. Langley has for more than forty years been involved in research, writing and collecting materials and artifacts relating to Cunard history. During this time he has acquired what has been described as the largest private collection of Cunard ephemera in Canada. Elements from his extensive collection have regularly been featured in Maritime Museums and Cunard Exhibits in eastern Canada and the United States. Currently some of this memorabilia is on display as part of the Cunardia exhibit aboard the Cunard liner Queen Victoria.
His expertise includes extensive knowledge of the rescue of survivors of the ill-fated White Star liner TITANIC by the Cunarder Carpathia, as well as the enduring legacy of Halifax, Nova Scotia as the final resting place of many victims of the Titanic disaster.

Mr. Langley has written and lectured on Cunard history and has acted as consultant to maritime museums and producers of films and documentaries on the life of Samuel Cunard and the ships of the Cunard Line. As a maritime historian, his particular interest is in the early history surrounding Cunard as the leading industrialist in 19th century Nova Scotia, leading to his ultimate challenge, the successful commercial application of steam power on the North Atlantic. He is the author of the award-winning book Steam Lion – a biography of Samuel Cunard and frequently appears as guest lecturer aboard ships of the Cunard Line.

Ken Marschall is recognized as the world’s foremost Titanic artist. Accomplished in photo-realistic rendering of anything from architecture to nature to special effects for motion pictures and television, it is Ken’s splendid, evocative Titanic paintings that are his legacy. His minutely detailed work is admired for its realism, drama, historical accuracy, use of light and color, and smoothness of line. Ken’s stunning portraits of the celebrated liner, often copied by others, are iconic images that have become part of Titanic’s history itself.

His paintings are represented in many notable collections including the National Geographic Society and the Smithsonian Institution’s National Portrait Gallery and have appeared in numerous books and on the covers of Time, Life, National Geographic and many others. The artist’s haunting work in the best-selling book Titanic: An Illustrated History inspired Writer/Director James Cameron, and Ken’s influence can be seen throughout Cameron’s Oscar-winning motion picture TITANIC (1997) which will be re-released in theaters worldwide in breathtaking 3D the very week Azamara Journey begins this Titanic centennial cruise.

Ken’s familiarity with the ship’s appearance earned him the position of Visual Historian on that film where he advised the art department and construction crew on details of the sets and miniatures. Sharing historical images and artifacts from his personal collection with set designers, model builders and prop makers enabled unprecedented accuracy in the recreation of the great liner.

Cameron tapped him again in 2001 to assist in the making of his astonishing 3D large-format documentary Ghosts of the Abyss which began with a nearly seven-week expedition to explore the wreck as never before, both inside and out. Four years later the director/explorer returned to Titanic a third time, challenging himself to probe even deeper into the ship. Ken was once again a vital member of the team and dived to the wreck one more time––his sixth.

Ken has also explored Titanic’s sister ship Britannic on the floor of the Mediterranean and descended twice to study Lusitania first hand, both on expeditions led by Dr. Robert Ballard. 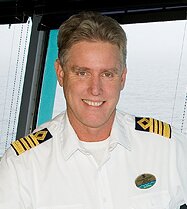 Capt. Wright has served as Captain on various ships in Royal Caribbean International’s fleet including Radiance of the Seas which, upon entering service in 1991, was one of the most technologically advanced cruise ships afloat; Freedom of the Seas which made its debut as the world’s largest cruise ship in 2006; and Oasis of the Seas, launched in December 2009, currently the largest and most revolutionary cruise ship in the world.

Bill Wright’s maritime career began at the age of sixteen when he would spend summer vacations as a deckhand on a commercial dive ship. He earned his Master Mariner license in Norway in 1991 and obtained a Master’s degree in Marine Engineering from Vestfold College in Horten Norway in 1992.

Captain Wright is also an airplane pilot and is fluent in Norwegian. He has been featured in numerous documentaries on Discovery, National Geographic and Nova. He has a keen interest in the Titanic and enjoys spending vacations with his family in Norway at their mountain farm. 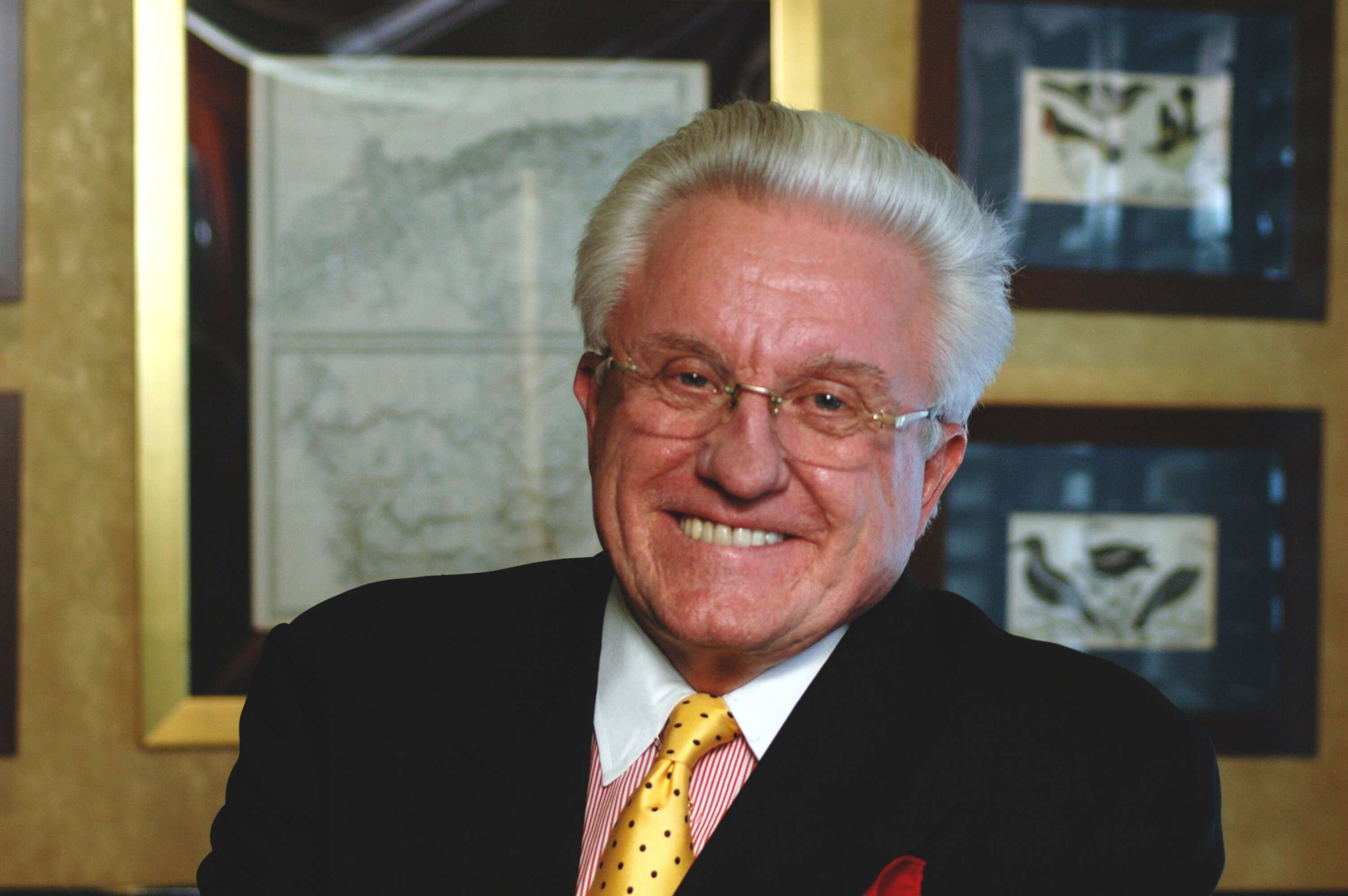 Bill Miller, known as "Mr Ocean Liner." is the author of over 80 books about passenger ships past & present. He is a frequent guest speaker on cruise liners & has appeared in numerous television series. He is also assistant curator of Ocean Liner Studies at New York City's Seaport Museum, and assistant editor of Ocean & Cruise News.

Günter Bäbler is from Zürich, Switzerland and is interested in the Titanic and her story for 30 years. He has written several books about the legendary liner and has authored countless articles and many Titanic related topics for different newspapers, magazines and Titanic societies world-wide. Also he was a consultant on many mayor television and radio productions as well as other publications.

He has been a co-founder of the Swiss Titanic Society in 1992 and serves since 1998 as their president. 1996 and 1998 he participated in the Titanic expeditions to the wreck site. From 1997-2000, Günter was one of two historians of the European Artifact Exhibition. He loaned parts of his collection to many museums and exhibitions throughout Europe.

Günter specialized himself in paper and collected over the years more than 3000 Titanic related books and tens of thousands other paper items like postcards, newspaper articles, pamphlets etc. Due to his wide interest in every possible aspect of Titanic, he has assembled one of the largest Titanic collections in the world consisting ranging from the worst novelties of the modern day to original on-board memorabilia.